It's not exactly healthy (lots of coconut oil), but hopefully you're not eating cheese for your health. At least this one's made with plants, not pus.

Miyoko's is expensive (~$10), but it's amazing. Try it for your next special occassion. It's expensive because it's made with nuts.

Oat doesn't just make one of the best-tasting vegan milks, it's also one of the best choices for the environment. We recommend Oatly's medium-thick version in the bluish container (not "whole", not "skinny", but "semi"). Find your nearest retailer with the Oatly Finder. Bonus: it's fortified with calcium and B12!

One big difference you'll notice among plant-based milks is the amount of sugar. Some are as sweet as soft drinks, others are similar to cow secretion, and others (like this pea-protein-based Ripple, which also contains calcium+B12) go sugar free. It may take a little experimentation to find your sweet spot.

If you're a coffee drinker, you'll have no trouble finding soy/almond/coconut/oat and other vegan creamers. Here's one we like.

Egg from plants (rather than the backside of a chicken) with zero cholesterol. Great for scrambles, omelettes, pancakes, etc.

Ugh, I can't believe I ever ate butter — the solidified secretion of a cow's nipple, gross. Try this.

Violife gets our vote for best plant-based parmesan cheese. Note that it requires a grater. Follow Your Heart is a good pre-grated alternative.
More Dairy Near You
Vegan Meats

Tofurkey's Italian sausage makes an excellent addition to any pasta dish. But don't be surprised if you find yourself eating them straight out of the package.

No, they don't taste like hot dogs — it's difficult to simulate the taste of pig faces, butts and guts with plants. But think of Field Roasts as something new, and they taste great!

If you were ever a chicken nugget addict, you'll love gardein.

We like to cut these up and add 'em to quinoa/avocado/veggie bowls, salads, etc. They have a spicy taste, and a crunchy/fried texture.

Tired of tofu? Pumfu may sound strange, but it's an amazing product. 100% organic pumpkin seeds and filtered water, no other ingredients. And it doesn't taste like pumpkin or tofu – we can't describe it, just try it!

Wow, we just said it's difficult to simulate the taste of dead animals with plants, but the scientists at Beyond Meat and Impossible Foods have done it — without the hormones, antibiotics, blood, cholesterol or cruelty!
More Meats Near You
Vegan Snacks

The main ingredient in hummus is protein-packed garbanzo beans (aka chickpeas). Most brands are vegan.

An amazing, special occasion spread. The only drawback is that it's too good to eat in moderation.

If making a plant-based pizza, Daiya cheese comes pre-shredded. Or you can just buy one of their pre-made frozen pizzas, add some fresh veggies on top — and maybe some more Daiya on top of that! For frozen, we also recommend the Sweet Earth Veggie Lover from Target or Whole Foods (add your own Tofurkey Italian Sausage).

We love the tough/chewiness of Primal Spirit's jerky. Depending on the flavor, they're made of seitan, soy, and/or shiitake mushrooms. For something a bit softer, Louisville Vegan Jerky comes in smoked black pepper, maple bacon, buffalo dill, and smoky Carolina BBQ flavors.
More Snacks Near You
Vegan Desserts

The best chocolate cake ever is vegan! Although Just Desserts products are sold many places, we seem to find this vegan gem most consistently at Safeway/Albertsons.

Alternative Baking's cookies can be found in numerous supermarkets these days. We also love Uncle Eddies, found at Whole Foods. Both are "sweeter" than their cruel counterparts!

The Cowboy Creamies from Sugar Plum Bakery are amazing. Actually, everything they sell is amazing! In addition to delivery, some local markets sell their stuff.

It's called Coconut Bliss because it's made with coconut milk, but it comes in several flavors, including this decadent dark chocolate.
More Desserts Near You
Vegan Staples

This brown rice ramen from Costco is a cheap, lazy, healthy vegan's dream. Just add some vegetables (e.g. brocolli, mushrooms, bean sprouts, bok choy), maybe a meat alternative (e.g. Pumfu or tofu) and you've got a gourmet meal in 5-10 minutes. Drain for stir-fry style. Add soy sauce or bouillon for quick and easy seasoning. Note: we haven't found a cheaper source than Costco, and IN-STORE IS CHEAPER than online. Costco is also the place for quinoa and more.
More Vegan Staples
Alcohol

If you're into beans for protein (or anything that takes long to cook), an Instant Pot could be a worthwhile purchase. If you're a 1-2 person household, go with the mini version.

Last, but certainly not least for many of us, be aware that not all alcohols are vegan. For vegan wine, you're typically safe with organic brands. Most beers are vegan, but some contain ingredients like gelatin. You can confirm that your drink is worthy of your affection at Barnivore.com, or try something new from Food52's list.
3rd Party Recommendations

*In South Tahoe, Grass Roots (at the Y), Holiday Market (in Meyers), and Grocery Outlet all have good vegan selections but don't have online shopping.
*If starting a site in your community, be sure to remove/add your city's markets above. 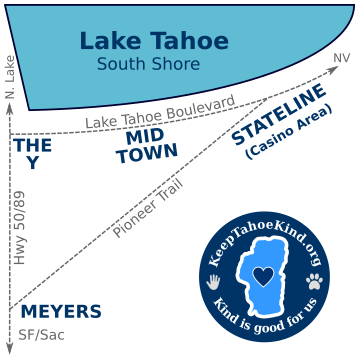